we just got back to Cat Island after being on the hook the past two nights. The wahoo fishing was slow as expected but due to the two weeks of HOT and perfect weather (which in March weather like this means the wahoo will move out for the year). We still managed to get spen bites and had a streak of bad luck in San Salvador pulling off 3 good ones, but we did manage to catch a few decent yellowfin tuna and some 20# Mahi.

We moved on to Rum Cay and picked up a small wahoo and a few nice Mahi up to 25 lbs before we picked up and made the run to the South side of Conception Island. We pounded it out here and between some barracuda bites we got a screamer on the shotgun rod. Don was on for his first wahoo ever and after a solid 20 minute battle he got the 66# wahoo in the boat! Nice fish to end the day on. We found an area to anchor out and catch some grouper and snapper on the hook to add a little more meat to the box.

This morning we woke up, got the anchor out of the rock, and went back to where we had the wahoo. No wahoo bites but a few Mahi were there as we picked through them. Overall the fishing wasn’t what we wanted so we ran back to Cat Island and had fairly nonstop Mahi action for the remainder of the day there and filled the box with 18-30 pound Mahi. Great way to start the Bahamas Season! 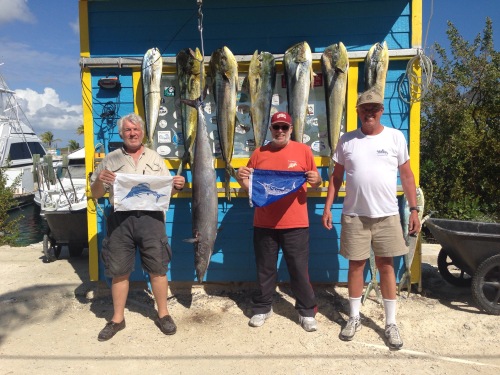 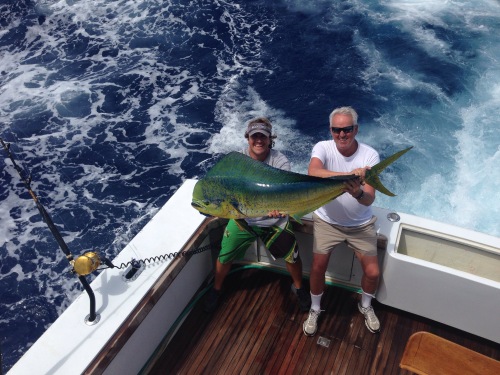