The past week I have been running the Picante which is a 60′ custom Sportfishing boat based out of the Southern Caribbean island of Curacao. I arrived on Tuesday and we left that night to go out jogging for blackfin tuna under the many tankers drifting just offshore. We had a severe lightning storm hold us up, but we did slip out and we whacked 18 blackfins in an hour on jigs. We had a blast! What an awesome and co sister fishery they have there. After that we made our way to Aruba for the Presidential Challenge billfish tournament. We fished half a day to the South and West of Aruba with just a couple mahi and a Sailfish bite to show for it.

We got in a half day of practice and fished to the North of the island of Aruba on Thursday. We fished the edge in 600-1000 feet in 83.5 degree blue water, and picked at mahi and released a Blue Marlin. Small confidence booster, but kind of ended up being a curse.

Day 1 of the tournament, Friday, we started off in the same area and this ended up being a mistake. The bite ended up being offshore and by the time I got out there it was too late. We didn’t get a bite all day other then from a couple mahi. I certainly was very disappointed and knew I had to learn where to be fast here.
Day 2 we ran offshore and got a White Marlin early in 500 fathoms off the right flat black Party Hat. We worked the area for a while but no more bites. We spent hours trolling around seeing no life other then whales, dolphins, and flying fish. Finally at 2:00 we had a double header of white Marlin come up on thenlong riggers and we missed em both. Ouch. I started working the area and marked two nice bait. All down at 110-130 feet. We raised a triple of Sailfish but we’re only able to get 1 to eat and released that one at 2:27. Then up on the left teaser was the  perfect little 80# blue Marlin that switched nicely to the flat and we released that one at 3:19. Shortly after that we got another left teaser bite (fish were all about the Squidnation pink squid chain with a blue and white Ilander Express chaser) and we release that white at 3:57. Then with a minute to go we raised another white on the left teaser but we could not hear the call on the radio for lines up. We hooked the white but seconds too late. We did go on to release the white Marlin but we were just a bit too late.

Day 3 we went right back out to the same area. Sitting in third we were in the hunt, but we needed a good day. The morning was very very slow for us. Around 1 we hooked into a 50# wahoo and lucked out on the circle hook. We landed the hoo luckily, but that wasn’t a fish we needed… finally we raised a Sailfish on the left long that never ate. We marked bait at 80-120 feet and worked it hard and the fish were there. We went on to miss a Sailfish, a White Marlin, and a Blue Marlin in about 5 minutes. Pretty amazing but huge bummer we couldn’t get hooks into any. Finally we got a White Marlin on the switch from the left teaser and released that one at 2:51. Then with 3 minutes to go we had a Sailfish come up on the right teaser and we got it on the switch to the right flat. We ended our tournament with a Sailfish release that put us in a tie for third but unfortunately the other boat had their fish first so they took third place on time.

We had a great time and had our fair share of excitement. The white Marlin bites were aggressive with a lot of flat line and teaser bites making it so much fun. We made our way back to Curacao on Monday and called it a fun trip. I had a blast! Big thanks to the crew of the Picante for having me be their Captain for the week. 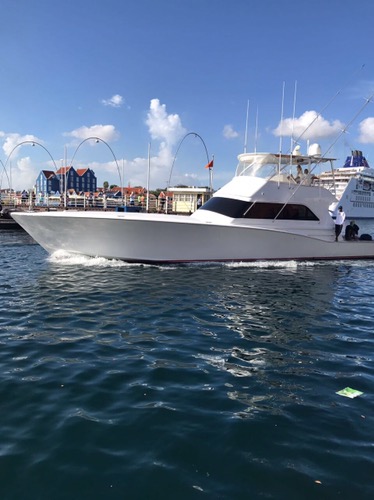 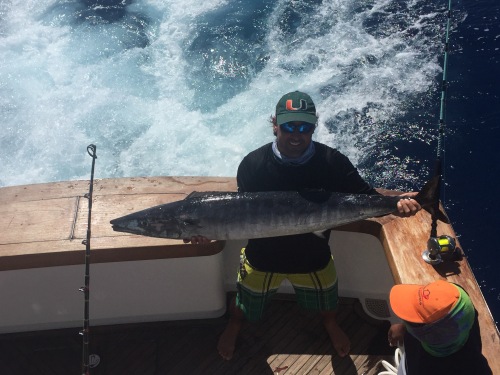