The winds have been relentless the past week at 15-30 NE every day. Today was a solid 20-30, but the forecast is fishing!!!. We started our day out at Devils Point since we spotted some frigate birds and got into some action on a few mahi, but that was short lived. We trolled into the pocket with an occasional mahi bite but we were trying to get out of the wind a bit, and we did. We had a solid 2 to 3 hours of great action on mahi catching one that weighed in at 55.1 pounds! Awesome fish! It was a monster that piled on a black Fish Downsea Party Hat rigged on a ballyhoo with a circle hook and put up an awesome fight. We also managed to catch a release a double header of white marlin off of the flat lines. After a solid fight with the marlin going opposite direction Bill and Cathy put it to them and got clean releases. The afternoon was quiet but what a great day of fishing! 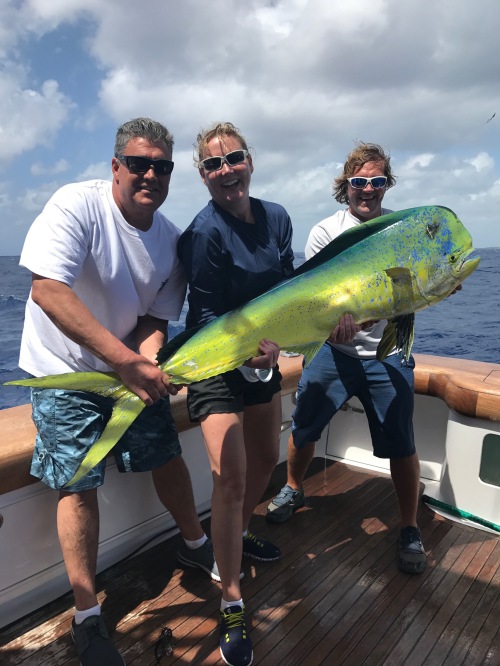 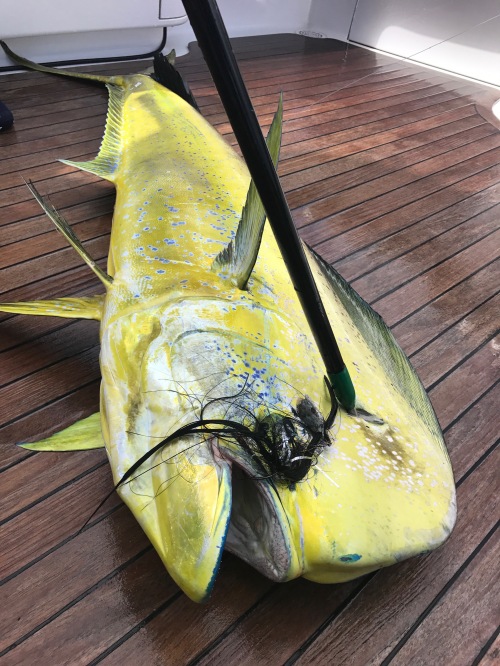